Attending the 25th Asia-Pacific Legal Metrology Forum (APLMF) in New Zealand, representatives of the Vietnamese delegation were Mr. Tran Van Vinh, Director General of the Directorate for Standards, Metrology and Quality (STAMEQ) and some departments of STAMEQ. APLMF – Asia Pacific legal Metrology Forum is the largest regional regulatory body with the participation of 26 member countries including major economies such as the United States, China and Japan. The 25th meeting was held in Christchurch, New Zealand.

Celebrating the 25th anniversary of APLMF, APLMF has affirmed the importance of metrology as well as the impact of APLMF in contributing to national and regional trade & economic development. Vietnam is a full member of the APLMF and has received technical support through APLMF programs, highlighting the MEDEA project with the participation of PTB and funding from the German Government. In the next meeting in 2019, it would be a highlight when Vietnam is honored for the second time to host the 26th annual meeting. On the occasion of the end of the New Zealand’s term, the Vietnamese delegation has given kind regards and souvenirs to President and Secretary of APLMF.

At the end of the mission, Director General Mr. Tran Van Vinh has expressed his thankfulness and presented a souvenir to Mr. Bill Loizides for his enthusiastic support to Vietnamese delegation in order to achieve the best results. 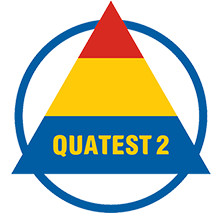